While waiting for the resounding thud of the September issues to hit my doorstep, I have had a sneak peak of fall fashion, and it's definitely putting me in a bad mood. Fashion magazines—that includes advertisements and editorial—are increasingly taking me places I don't want to go, down ugly street, and I don't know why.

Fashion editorials have long indulged in some fantasy and interpretation. That's fine as long as what they show has even a hint of being wearable. Grace Coddington earned her well-deserved reputation as a stylist for Vogue by creating some of the most elaborate examples. Who doesn't want to be Alice in Wonderland at least once? 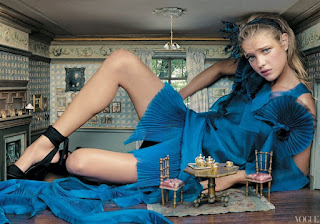 Truth be told I've always enjoyed the ads as much if not more than the editorials. I'm a shopper, and I want to know what I can really buy. This year, though, I don't think I want any of it.

Last week the Sunday New York Times Style magazine unleashed its women's fashion issue. I don't want to look like this, do you? 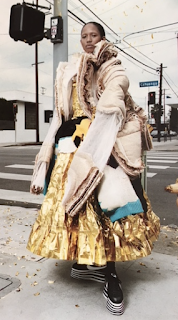 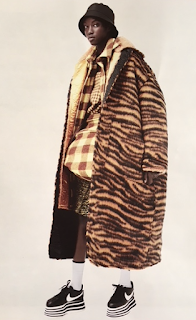 The ads were not much better. I'm disappointed in you, Michael Kors and Calvin Klein, not the least bit surprised, Gucci and Prada. 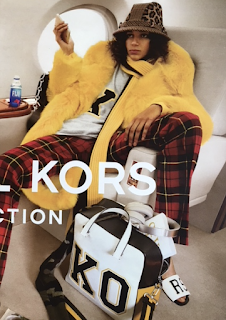 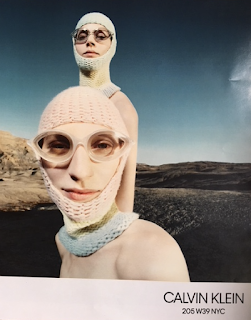 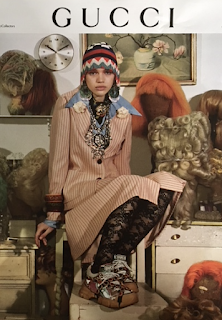 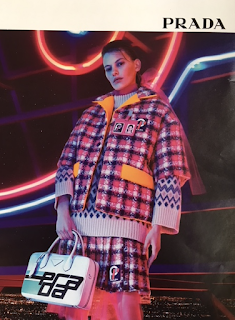 Lighten up, you say? No one expects us to mimic these looks, but I can't help thinking, "What if we did?" Isn't there enough crazy disarray in our world today to welcome some pretty or at least some calm? I say let's try.
Posted by allwaysinfashion at 4:54 PM 8 comments:

How to Dress Up a Late Summer Outfit 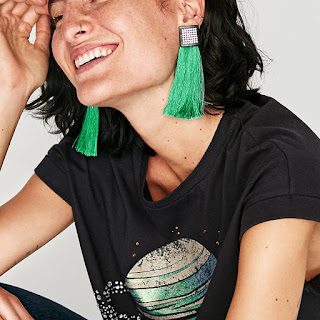 The days of the chandelier earring trend may be waning, but don't tell that to the scads of women I've seen this summer sporting a pair. In fact they are the easiest way to up (as in dress up) your game during the last, lazy days of summer. You know, when you are enjoying all summer has to offer while counting the days till the September issues. 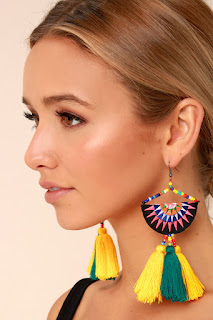 It's easy to get very, very relaxed, bordering on lazy. In south Texas it's that time of year when you open the front door and wonder who left the oven on. It's no longer possible to put on a "crisp cotton" anything. T-shirts and drawstring linen pants are what I'm grabbing. 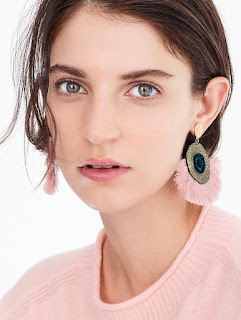 It's amazing how a pair of beaded, feathered or fringed drop earrings turn this into something that looks intentional. This must be the sartorial equivalent of plating a dish. The elements may be tasty, but you have to present them cohesively. And I am not about to sprinkle myself with chopped parsley. 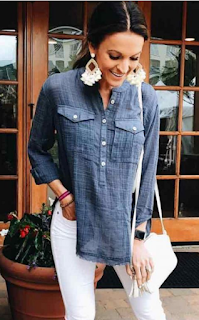 Posted by allwaysinfashion at 2:13 PM No comments: